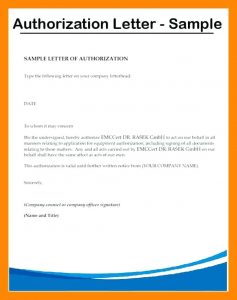 An authorization letter for bank is a letter which is written by an owner to Bank or like a permission slip to allow bank to do transactions on the account. It is a document of giving the power to a trusted party by another party to perform a specific action. 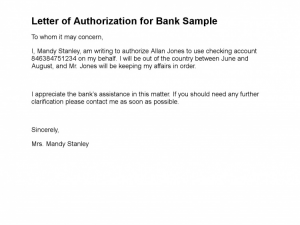 Sample Letter Of Authorization To Act On Behalf

Sample Letter Of Authorization To Represent is a letter which shows that someone takes the action on behalf of other party when it is not available at that time. It is a legal document that gives an authority on behalf of other person to take an action. 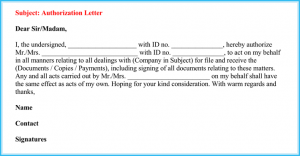 Authorization Letter Sample To Process Documents is a legal document in which we give the permission to someone whom we can trust to handle and signed documents on our behalf. Sometimes we may need someone to be able to process important documents on our behalf, for that time its the perfect solution to be proceed. 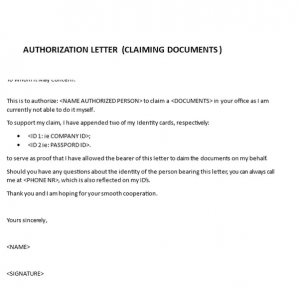 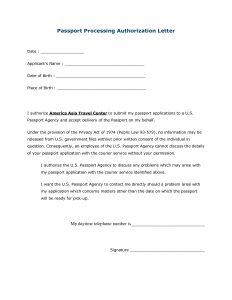